Season 2022 is here! Book Now and Pay in up to 12 installments with no interest

In Greece, you will be able to feel like this dream nation, built by gods and heroes, comes to life. You will also enjoy classical temples and whitewashed buildings silhouetted against the blue sea. Cradle of history and mythology, modern Greece attracts visitors from all over the world willing to recognize landscapes read and recreated before in their own imagination.

Rugged and mountainous terrain rises in surprising proximity to the sea; olive groves and Byzantine domes are drawn on the horizon and countless islands watch the arrival and departure of today's travelers as they did thousands of years ago.

You must visit Athens, the cultural and communication center of Greece. A somewhat chaotic city, like any  other city, with intense traffic, it is home of one of the greatest treasures of the classical world in permanent reconstruction: the Parthenon.

In turn, you will have to contemplate The Peloponnese, located in the continental Hellenic territory, which offers a journey through history: Corinth and Mycenae, the fortified palace of Agamemnon, the sanctuary of Zeus in Olympia. In the Aegean Sea, the Cyclades are the archetypal Greek island, with destinations as popular as Mykonos or Santorini. There are also the Dodecanese islands, such as Rhodes, where the Colossus used to rise, and Crete, the kingdom of the legendary Minos, rich in ruins of the Minoan civilization such as the palace of Knossos.

Greca Travel offers travel and vacation packages to Greece from the United States, Canada, Singapore, the Philippines, Australia and many other countries around the globe.

The definite guide to visit Greece.

With beautiful beaches, historical architecture, fresh seafood, and extraordinary nightlife, Greece is a country that has it all.

Guaranteed daily departures from Athens throughout the year.
Discover the 3 magical islands of Hydra, Poros & Aegina, on this one day cruise from Athens. Full-day cruise, with lunch, transfers and a Greek dance show included. Book now!
Save 10% 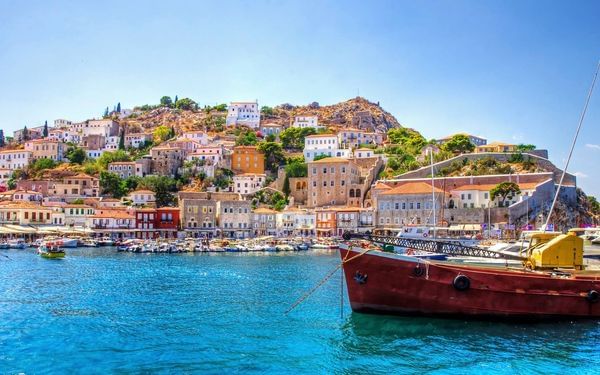 CRUISE TO 3 ISLANDS OF THE SARONIC GULF FROM ATHENS

Guaranteed departures every Monday, Tuesday, Wednesday, Friday & Sunday from April to October; or every Wednesday, Friday and Sunday from November to March.
An unforgettable full-day excursion from Athens to Delphi, the navel of the ancient world, in a luxury bus, skip-the-line tickets, an official English-speaking guide and lunch.
Save 29% 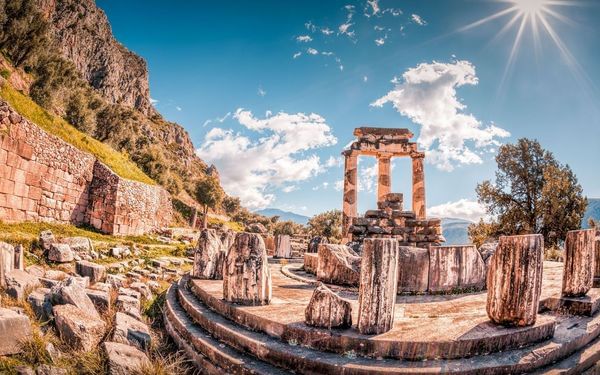 Guaranteed daily morning departures all year round.
Athens sightseeing tour to the prominent sites, monuments, and museums such as the Acropolis, the Acropolis Museum and much more with an expert English-speaking tour guide. Skip the line.
Save USD 5.86 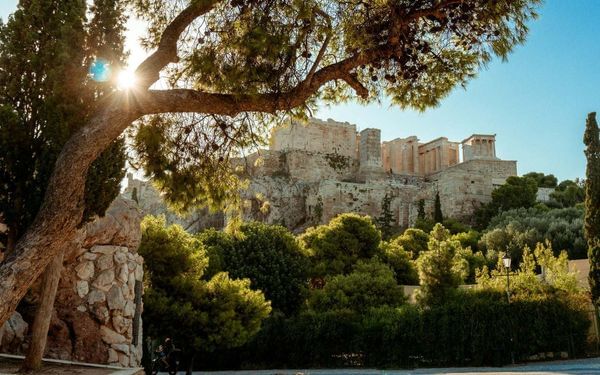 Guaranteed daily departures, throughout the year
Explore the city of Athens and its mythical Riviera on a hop on hop off two-decker tourist bus. Visit all the main sights with this 48-hour long ticket.
Save 21% 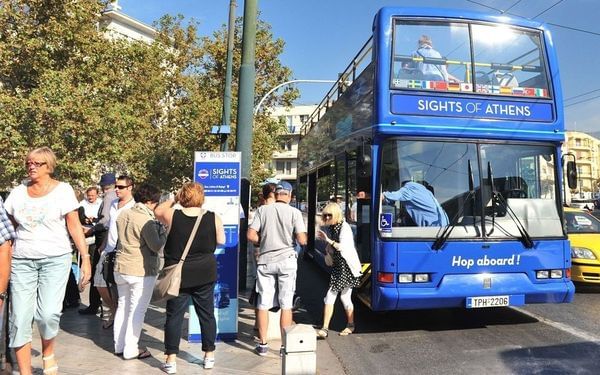 Guaranteed daily departures all year round
Discover another side of Athens, with this formidable evening walking tour through the most picturesque and well-known neighborhoods, accompanied by an English-speaking guide. Enjoy the Acropolis all ...
Save 10% 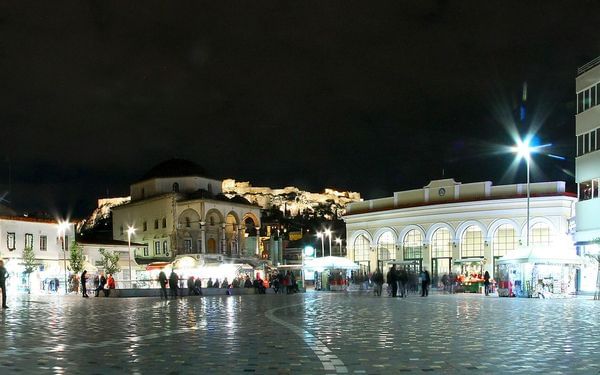 Guaranteed departures every Wednesday & Saturday from November to March, and every Monday, Wednesday, Thursday & Saturday from April to October.
Visit Delphi, the navel of the Ancient World, and the Monasteries of Meteora in Kalambaka, both UNESCO World Heritage Sites, in a luxury bus and with an English-speaking tour guide. The best excursion...
Save USD 17.25 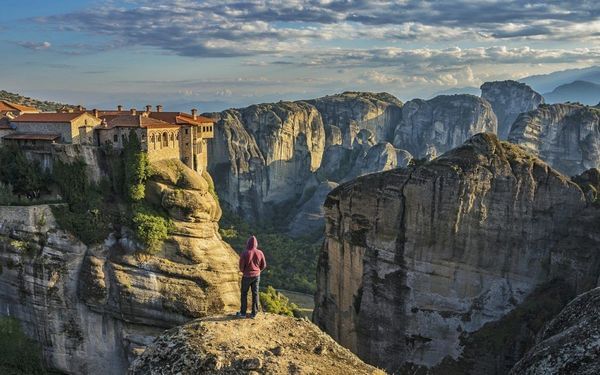 Athens, Mykonos and Santorini from Athens

Guaranteed daily departures from Athens, from March until the end of October.
Unique trip: Athens and the wonderful Greek islands of Mykonos and Santorini in just 7 days/6 nights. Book Now and pay in up to 6 instalments without interest.
Save 10%
Customize it! 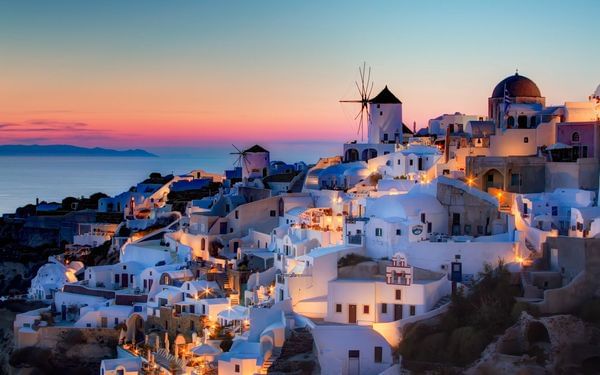 ELLINIKO WITH ATHENS BY NIGHT & SIGHTSEEING

Athens, Mykonos and Santorini from Athens

Guaranteed departures every Tuesday, Wednesday, Thursday, and Saturday from April to October; and every Tuesday and Saturday from November to March.
Explore the ancient city of Mycenae, the tomb of Agamemnon and the scenic theater of Epidaurus with an English-speaking guide. Get your tickets without waiting!
Save 27%

ARGOLIS & MYCENAE - TO PELOPONNESE FROM ATHENS

Guaranteed departures every Tuesday, Thursday, Saturday and Sunday, from April to middle of October
Explore the amazing island of Santorini on this half-day guided excursion. Experience the main attractions of Santorini, the red beach; a winery & the highest point of the island "Mount Prophet El...
Save USD 3.34 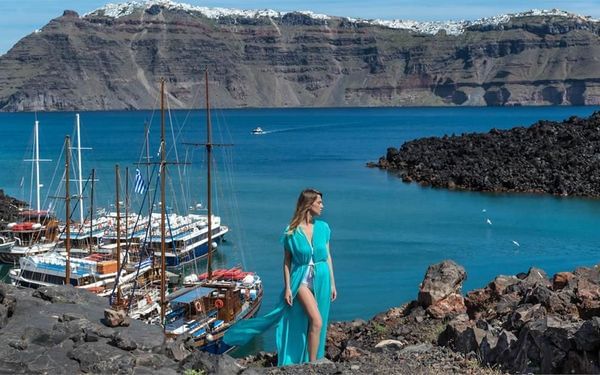 SANTORINI DAY-CRUISE TO THE VOLCANIC ISLANDS

02
What can you visit in Greece?

Sun-bathed beaches, blue waters, and a diverse selection of thousands of stunning Mediterranean islands to choose from. Greece is deservedly recognized as one of the best vacation destinations. Non-beachgoers will be equally served with loads of history and culture to enjoy, as they explore the cradle of Western civilization. Greca Travel offers you a list of the most popular tourist places in the Hellenic country.

03
Which are the most famous tourist spots to visit in Greece?

Greece offers attractions of all kinds: cultural, tourist, natural, architectural, beaches. Here is a list of places that you cannot miss during a trip to Greece:

We use “Cookies” to improve, every day! Got it!