Travel and vacation packages to Rome

Rome is a city in which the places of interest become practically countless. In fact, strolling through its streets is an attraction in itself. But you must visit the Colosseum, an icon of Rome, so it is clear that it cannot be missing from the itinerary.

The Roman Forum, another of the essentials, because it was also an important place in Roman times. Also, you should not miss visiting The Vatican. The importance of this place is indisputable: you must dedicate a few hours to get to know each of its corners that, in reality and although it may not seem like it, there are many.

Likewise, you will have to toss a coin in the beautiful Trevi Fountain and you should not miss the Pantheon, one of the greatest works of art that exists in the world. It is almost certain that neither its dimensions, nor its columns, nor its dome will leave you indifferent.

Greca offers travel packages to Rome from Argentina, from Uruguay, from Mexico, from Colombia, other Latin American countries and Spain.

Everything you need to know before travelling to Rome.

Guaranteed departures every Friday and Sunday from April to October
Discover Rome, Florence, Venice and more in combination with the islands of Mykonos and Santorini with this 14 day package.
Save USD 119.01
Customize it! 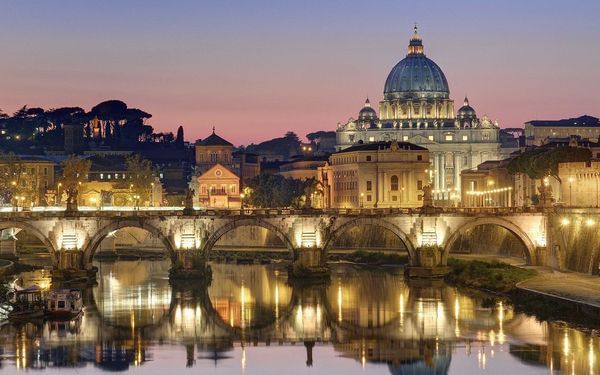 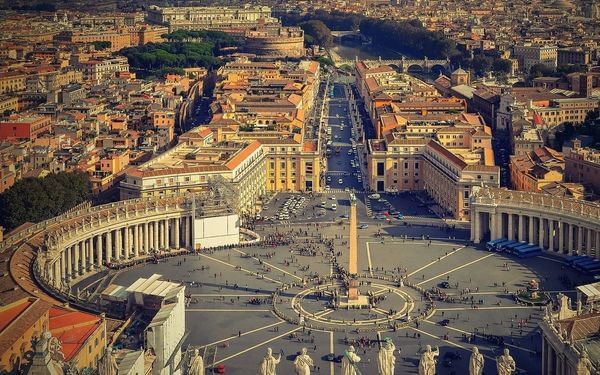 Guaranteed daily departures from Rome, from April to October
Travel along the picturesque Amalfi Coast with Athens and the islands of Mykonos and Santorini with this program of 13 days.
Save USD 133.46
Customize it! 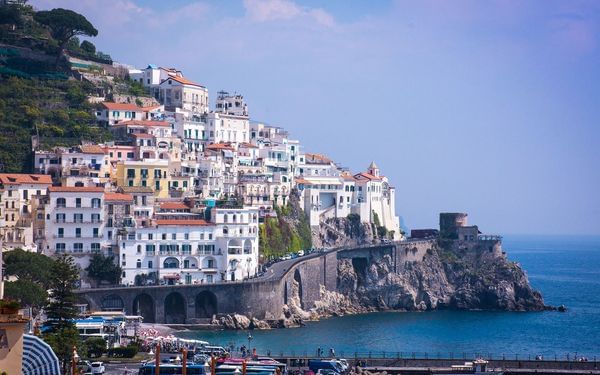 AMALFI COAST AND THE GREEK ISLANDS

Guaranteed departures from Rome, on Sundays in March & April and on Fridays & Sundays, from May to October. Departures on Sunday from November to March
Visit Rome, Florence and Venice with this 8 day program with official guides and tours included.
Save 30%
Customize it! 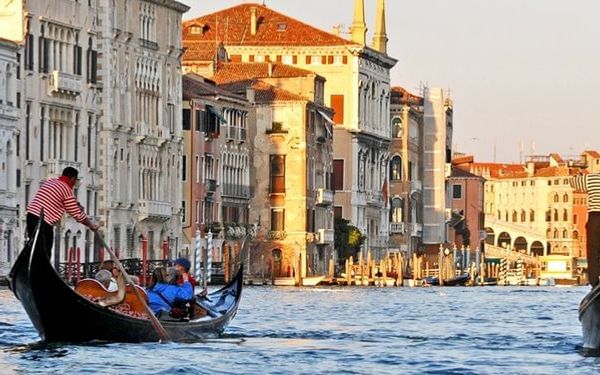 Guaranteed daily departures, from March to October, from Rome.
Discover Rome and combine it with the Greek islands of Mykonos and Santorini in this 10 day program in Italy and Greece.
Save 10%
Customize it! 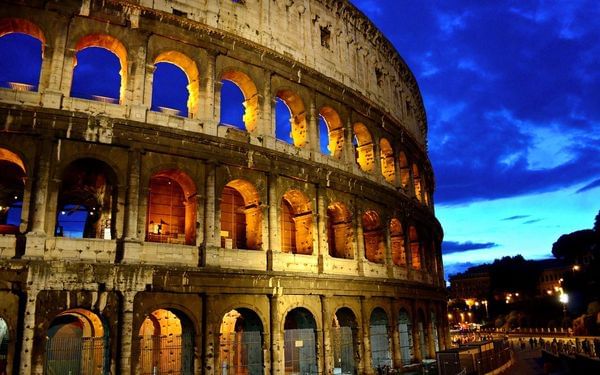 ROME AND THE GREEK ISLANDS

Guaranteed daily departures, all year round
Visit Rome and the Amalfi Coast in 5 days, including Pompeii, Sorrento, the island of Capri and the possibility of visiting the famous Blue Grotto.
Customize it! 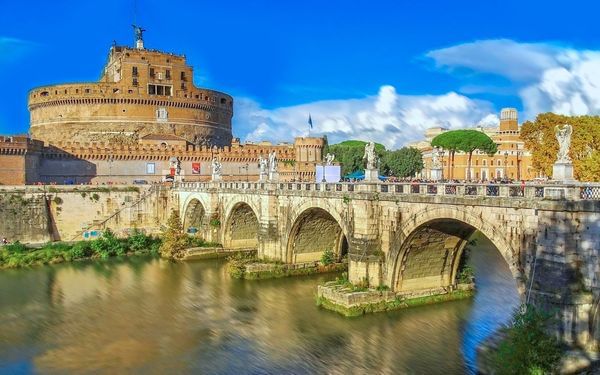 Rome, Venice and Florence with Naples and Pompeii

Guaranteed departures from Rome, on Sundays in April and on Fridays and Sundays from May to October
Visit Rome, Florence, Venice, Naples, Pompeii, and more in 10 days with an English speaking guide and tours included.
Customize it! 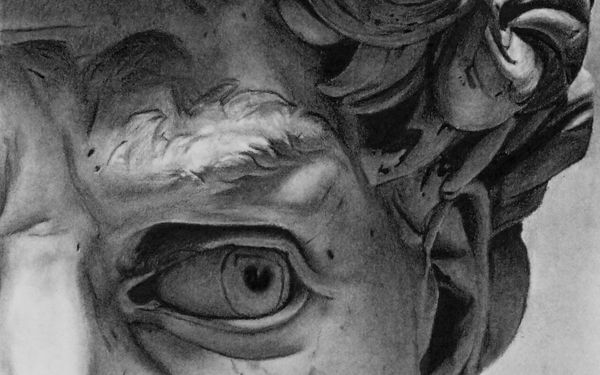 Rome, Venice and Florence with Naples and Pompeii

Guaranteed departures on Sundays in April and on Fridays and Sundays, from May to October, from Rome.
Visit Rome, Florence, Venice, Naples, Pompeii, and more with official guides with this 11 day program.
Customize it! 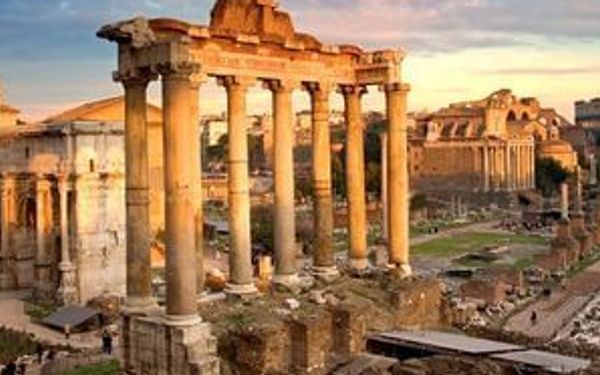 Guaranteed daily departures from Athens, from April to October, or even from Rome.
Visit the Amalfi Coast from Rome and discover Athens and the islands of Mykonos and Santorini in 14 days.
Save USD 136.98
Customize it! 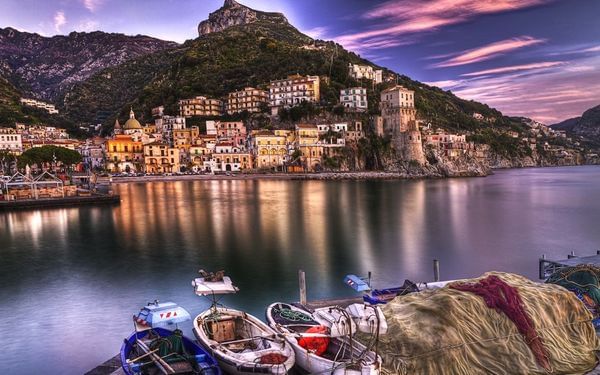 Guaranteed daily departures all year round
Discover Rome like a Roman, with this ideal 4 day program with hotels, transfers, daily breakfast and more.
Customize it! 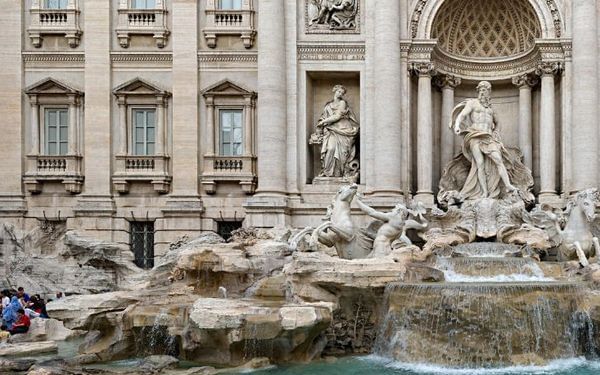 Spring, particularly mid-March and April (with the exception of Easter which runs from April 14 to 21), is a good time to travel to Rome. Temperatures tend to be comfortably warm (between 14 ° and 17 °), and generally, there is not as much influx of visitors as in high season (between May and September).

Knowing Rome means walking through its emblematic historic center, therefore, it is advisable to locate a lodging in a nearby area. This way, you will have the opportunity to explore ancient Rome with a tour of the Colosseum, the Roman Forum, the Catacombs of Rome and the Palatine Hill (site of the founding of the city), you can also learn about the Roman empire and the famous tomb of Julius Caesar . Read more in our travel guide to Rome.

The Omnia and Romas Pass are tourist cards that allow access to museums, archaeological sites, places of interest and some transport services in Rome. The Roma Pass card offers discounts and promotions according to the time you purchase the card (48 for € 28, and 72 hours for € 38.50). Read more in our travel guide to Rome.