Troy Travel Review: The Main Activities of the Walled City

Is Troy Worth Visiting?

The ruins of the city of Troy, an ancient city in Asia Minor, are located on Hisarlik Hill in western Turkey.

Troy, also called Illios, is said to have been one of the most advanced and powerful cities in Ancient Greece. According to Homer's Iliad, Trojans and Achaeans clashed for ten years in this territory, around 1200 BC, which culminated after the fall of the wall and the conquest of the city.

But how did this happen? The Achaeans, after much waiting, devised a strategy to invade the walled city. They designed a wooden horse, of course, a symbol of peace, which several soldiers secretly entered. During the night, they opened the gates of Troy and set the city on fire.

This story has become one of the most popular episodes in classical literature. Surely the names of warriors like Achilles, Hector, Agamemnon, Priam, or Nestor will sound familiar to you.

In 1998, UNESCO declared the city of Troy a World Heritage Site.

Something to keep in mind when visiting the city of Troy is that it is the ruins of the ancient civilization, so today it is made up of archaeological sites of what once made up this place. In turn, the city of Troy was devastated by natural disasters and wars during other periods, so the experts do not speak of one Troy but of no more and no less than ten Trojan cities that were built on the same site.

One of the tourist attractions that you can see when visiting the ruins of Troy is the Trojan horse, a wooden horse that dates back to approximately 1200 BC. Today, it is possible to observe both the remains of what is supposed to have been the real horse of the Trojan war, as well as an imitation. In the case of imitation, you can climb on it and take some photos, as if you were one more Achaean!

The most interesting attraction, apart from the horse, is discovering the remains of one of the many cities of Troy at these sites. Although these are not complete buildings since the establishments suffered consequences after natural catastrophes and wars, you will be able to appreciate in this territory stone remains that will transport you to the old life in the Trojan city.

The city of Troy, Turkey, does not have hotels in its location, as it is an archaeological site with ancient ruins. In case you want to spend several days there, we recommend staying in the city of Çanakkale or Istanbul, which are located a few kilometers from this site. In the first case, the city of Çanakkale is 2.2 km away from the sites and you can go on a day tour. Meanwhile, the distance from Istanbul to Troy is 471 km by road.

Visiting the archaeological sites of Troy costs around 50 Turkish liras, which comes to a total of almost 3 dollars (2022). You can buy the ticket at the entrance of the site or do it online. This is ideal if you visit the ruins during the summertime when the largest number of tourists decide to visit this place.

During Troy's high season (April to October) the site is open from 10 to 21 hours. In contrast, in the low season (from November to March) it opens its doors between 8:30 and 17:30.

Keep in mind that during the summer it is very hot in the area and there is little shade, so it is advisable to bring a hat, water, sunscreen, and sunglasses. 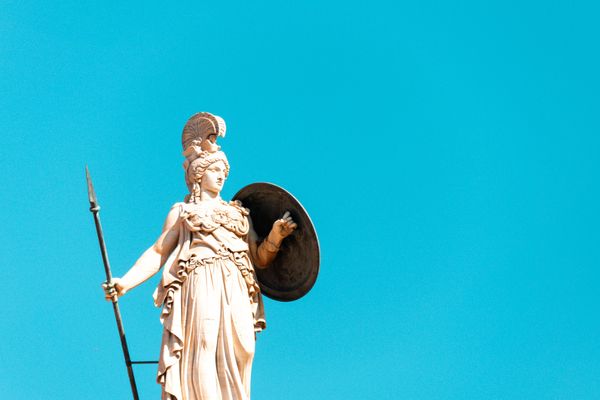 History of Athens: The Battle Between Athena and Poseidon 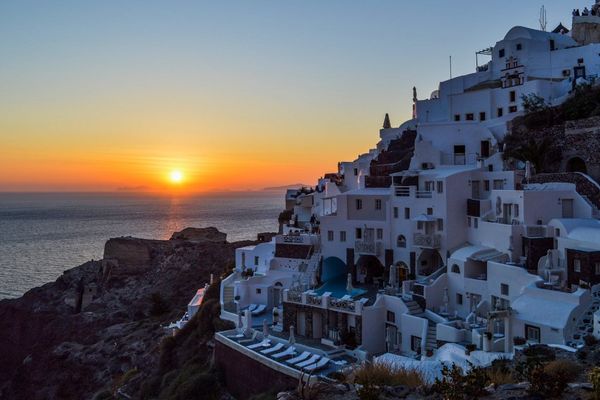 As we mentioned before, the way to get to the city of Troy is through a tour (the most common) or public transport.

02
How many days do I need to visit Troy?

The number of days to visit Troy really depends on the monuments you want to see. However, it is advisable to allocate 1 day to enjoy these sites.

The reality is that to visit Troy it is not necessary to think about a certain time of year. If you like the heat and want to take advantage of the whole day of exploring, we recommend that you go during the high season (summer). If you don't like crowds and prefer mild weather, we recommend the low season.

The clothes you should bring to Troy will depend on the time of year you travel. However, if you are not a person who suffers from climatic extremes, we recommend you always go light and always wear a hat and water, since many of the sites do not have shade.

05
How much money should I take to Troy?

Prices in Troy are usually affordable, as in most cities in Turkey. We recommend that you think about spending around USD$50 per person each day, between nearby accommodation, food, and crossings.

The official currency of the city of Troy, as in the rest of Turkey, is the Turkish lira.

The prices of travel packages to Troy emerged from the corresponding itinerary. To find out the costs of packages to the city of Troy, you can talk to a Greca representative.

If you plan to visit Troy for a day, we recommend you visit the main tourist attractions offered by these sites, such as the Trojan horse and the archaeological remains of the Homeric city.

Traveling to Troy is very safe. We recommend that you pay some attention to your belongings in public places. However, the risk of theft in these deposits is relatively low.

To book your trip to Troy, you can contact one of Greca's sales representatives or contact us through our official page, completing the form on your site and date of interest.